A little about me and my ideas

Learning should be enjoyable and, dare it be said, fun. Learning never ends, it is a life-long process.

Students need sound pedagogical guidance and help to make informed decisions about learning. In a multi-media age, students are bombarded with information, but lack the experience and knowledge about how to best take advantage.

Teaching is about facilitating learning processes, motivating and making it easy for students to learn.

Teachers have to be well-informed and up-to-date.

My aim is to present up-to-date information and facts about the different Englishes around the world in an entertaining way to benefit teachers and their students.

Always new There is so much to know about English and there are so many inovations in the language that it is hardly necessary to repeat any material. I usually say that 97½% of the content on any course has not been presented before.

Rather than lectures, I would like to think that I provide Adventures in English. 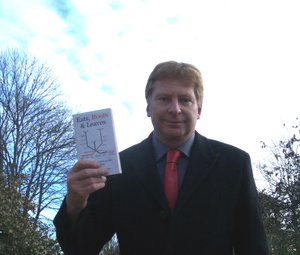 Nicholas was born in Poole, Dorset and somehow managed to navigate his way through school to be able to obtain a first degree from the University of London. As a postgraduate he qualified as a secondary school teacher at Greenwich University in London.

He has taught in London schools and he worked at one of the most deprived schools in the country. At that time, one-third of year 7 pupils could not effectively read and write in the classroom. Nicholas jointly developed a reading programme that enabled most of the pupils to be able to function in the classroom in less than 12 months.

During his time in England, Nicholas taught almost every subject on the curriculum including French, RE and science.

On moving to Sweden, Nicholas taught first at sixth-form level before working at his local university as an English lecturer specialising in business English. He was language course advisor to the executive MBA.

Since 1998, he has worked freelance for teachers' ongoing professional development. He is known for his entertaining and informative lecturing style. He specialises in contempary English and the different strains of the language that can be found around the world. Press the testimonials button to find out what participants say about his courses.

Nicholas is also a translator. He translates academic texts and has worked on many brochures for travel and tourism. Nicholas has even lectured on the subject at university level.

If that wasn't enough, Nicholas has does stand-up comedy, writes scripts and has had several books published.

Causes, campaigns and other interests